He was a Downbeat Jazz Award recipient in 2000, 2001, and 2002 with the UMASS Studio Orchestra on double bass. He is a former faculty member of Springfield College, Holyoke Community College, and is a current member of the CMENC, ABA, AMEA, and Jazz Education Network. He also remains active as a clinician and high school jazz festival adjudicator at the regional, national, and international levels.

One of his notable previous accomplishments was in Colombia South America with the Cultural Exchange Centro Colombo Americano for a jazz camp that he and Dr. Jonathan Noffsinger  developed and taught. They spent time in Medellin Colombia working with students at the EAFIT University and the RED Banderas (young children) within the city for a week. The following week they were in Manizales, Colombia for another jazz camp for their students at the University Nationale. Several performances were lined up with his quartet at the Moravia Center and San Fernando Plaza in Medellin and the National University and University of Caldas in Manizales.

As the current director of the University of Alabama Jazz Ensemble, he has taken the Ensemble to various Festivals such as the UGA/Athens Twilight Jazz Festival and Competition and to the 1st Annual Jazz Education Network Conference in St. Louis, MO.

Professor Kozak has been on faculty at The University of Alabama since 2005.

Christopher Kozak is associate professor and director of jazz studies at The University of Alabama. He holds both an MM in jazz arranging and composition and a BM in African-American jazz studies in double bass performance from the University of Massachusetts in Amherst, MA.

​While at UMASS he has studied Jazz Composing and Arranging with Jeff Holmes and double bass with renowned Double Bassist and composer Salvatore Macchia. He also studied advanced 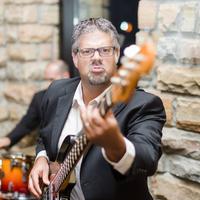 studied classical and jazz guitar. Now, Derek is a full-time musician and guitar instructor. Derek performs mostly as a solo artist but plays occasionally with other local groups. 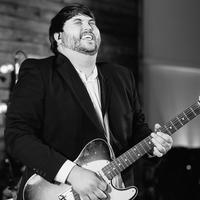 Derek Sellers is a professional musician based in Birmingham, Alabama. He grew up in Cullman, Alabama, where he learned to play the guitar at age 13. Derek played guitar, sang and led worship at his church, of more than two-thousand members, throughout his teenage years. After graduating from Good Hope high school in 2006 he began studying music at Wallace State Community College. In 2008 he transferred to the University of Alabama at Birmingham (UAB). There he received a Bachelor’s of Music Technology, with a focus in guitar performance. While at UAB he

The band typically starts with an hour of jazz during cocktail/dinner hour. We will introduce the bridal party and the bride & groom. Generally the first dance, father-daughter dance & mother-son dance will take place. The night will progress from Motown through the ages so that by the end of the night the band will be playing your favorite dance hits. We will make all necessary announcements as the night progresses. When the band takes a break, iPod music will be provided. For any other questions, please contact us.

Matt has performed all over the globe, sharing the stage with artists such as The New South Jazz Orchestra, The Black Jacket Symphony, Alabama Symphony Orchestra, Tom Wolfe, UAB Jazz Faculty, Alabama Jazz Ensemble, Birmingham 7, Ryan Kinder, The Night Flight Big Band, Eric Essix, Taylor Hicks and many others. He has entertained governors, senators and heads of state, including a presidential performance at The White House. Although he continues to travel and perform, his passion is sharing his gift of music with others. 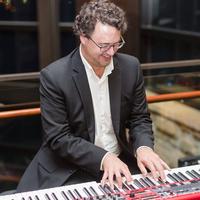 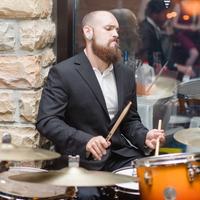